It's very simple. I have a New Year's party with all my friends in London. I live in Cheltenham. I was going to take the train but thought; Could I walk to London for less than the price of the train ticket - £48.50?

This is how it went!
“Ginge!!! I hope you can make it to my New Years Eve party next week.” said the post from Charlie on my Facebook wall. Firstly I wish people would come up with a better nickname for me, something cool like, Batman! Ginge is so ordinarily obvious. Secondly, a party in London to see all my mates was exactly what I needed. Was it fancy dress? I could go as Batman. I was excited. Since I finished the worlds first ever length of Britain swim I have been running around like a headless chicken doing press, PR, school talks and writing the book and haven’t had much time to properly catch up with my friends. I replied straight away.
“Yes Charlie. See you on the 31 .”

I jumped straight online and found a train for £48.50. I was about to click ‘Buy’ when suddenly an idea jumped into my mind. Could I get to London on foot for less than the cost of the train? I immediately closed the train website and opened Google to see the potential route. The walk from Cheltenham to London was somewhere in the region of 115 miles. If I took 5 days then it would be just less than a marathon a day and I’d have an £8 a day budget. A little fire of excitement started to burn in my stomach. This was going to be one fun mini winter adventure.

What to take?
The reality of this walk was that it was going to be in the middle of the cold and wet good old fashioned British winter. It was probably going to rain on me, a lot, and my £8 would barely cover food so I’d be most certainly be sleeping rough. I needed to take enough kit to stay warm and be able to cook but not too much to make walking a marathon a day to dificult. A 30kg setup was out of the question. After emptying my entire outdoor cupboard on the floor I eventually come up with my optimal kit list.

Getting started.
So the day after Boxing Day at 6am, still in the dark, I left my front door and was immediately hit with a 1000ft climb out of Cheltenham. It certainly got the blood flowing in my legs. I also felt a quite bloated and heavy, all the turkey and extra stuffing from Christmas Day still clogging up my arteries.

Within half an hour I was off the main A road and onto some incredible stone- wall lined Cotswold back roads. The sky was dark and threatening, trees were angrily dancing in the wind and there was no one else on the road. I felt free, so gloriously free.
At this time of year I’d only have about 6-7 hours of daylight and I wanted to try and make the most of it so I just pushed on to lunchtime and then went on search of foo. I found a supermarket armed and ready with my £8 to buy the days sustenance. After reading every food label on the store trying to find the food with the most calories per pence, I settle on a bag of pasta (£1) a pack of chorizo (£2.50) some pesto (£1.50) and a bottle of tobacco. (£1.50) It came to a total of £6.50. I still had £1.50 so did what every explorer would do and bought a can of ale. Calories are calories right! I cooked up my meal in the shelter of a bus stop and saved the ale for later, when it was colder and I’d most likely need it. I was brimming with excitement knowing I could easily survive on £8 a day. First hurdle jumped!
Where to sleep?
I was really looking forward to trying to find places to camp each night. It certainly fuelled my sense of adventure. It was dark by 4pm but I’d carry on walking till around 8pm before trying to find a forest to sleep in. Google Maps in Satellite View let me view potential hibernation spots.

Things to remember when camping rough. I managed to find somewhere secluded each night and included next to a river, a pub, a forest and on the 18th hole of a golf coarse. It rained each night but the pitter-patter on my bivvy was strangely comforting.

Great British Hospitality.
In a modern world of internet and, quite frankly, too much choice it’s all too often that we get caught up in a busy faceless world. I too sometimes find myself walking down the street with my head down, powerwalking and getting annoyed if people are in my way. However when ever I travel the one thing I always come home with is that in reality 99.999% of the world has happy and kind people, it’s just the media make money telling you about the 0.001%. This walk was no difference. I had my tracker on the whole way and was Tweeting and Facebooking the adventure. A few people went out of their way and came to find me bringing me food and ale. I had a rule when I started that I couldn’t ask for anything (You could do it for free that way) but if people offered I could say yes. I’d often sit in a pub in the evening before heading off to a bush and got to meet loads of great people who were all too happy to buy me a ‘pint for the road’. It really did reinstall my faith in humanity.

Eventually after 4 nights and 5 days on the road I arrived at Charlie’s party 3 hours before midnight and 8p left in my pocket. It was one hell of mini adventure and the thing I learned the most was that you don’t need a lot of time, money, or to go to the other side of the world to have an incredible experience. I loved it so much that on the 9th August 2014 I’m going to be running the length of Britain self supported. If walking to London was anything to go by then it’s going to be one eventful 6 weeks. 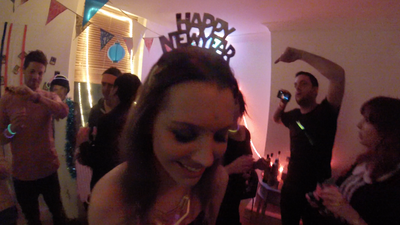 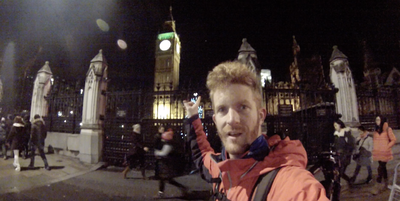 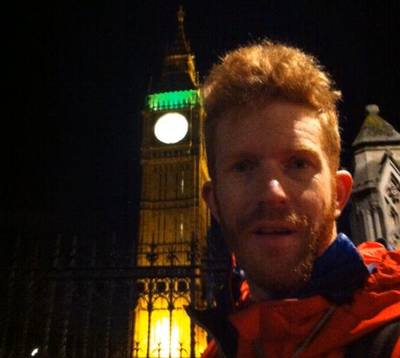 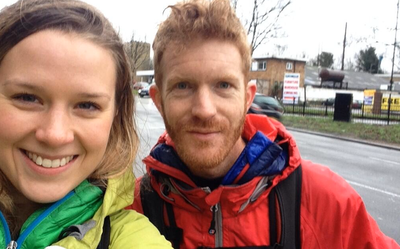 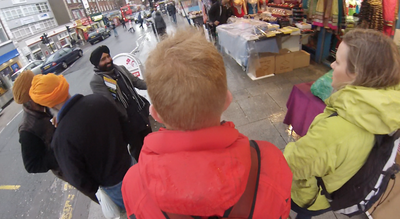 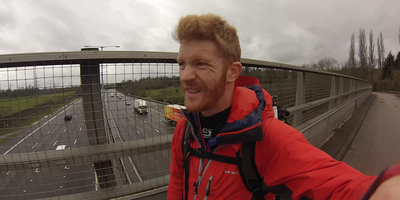 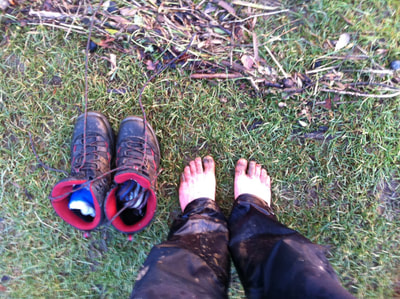 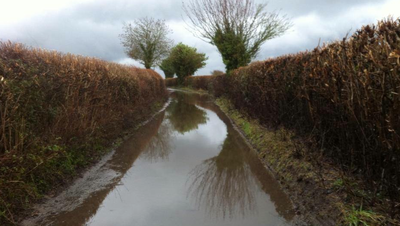 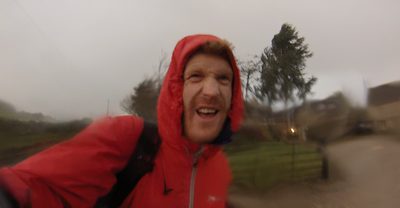 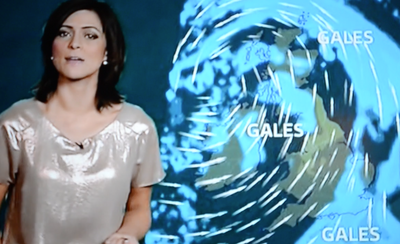 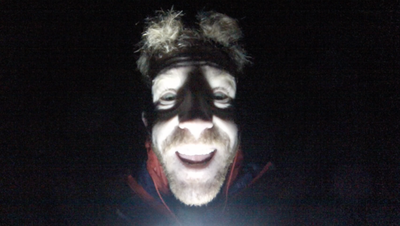 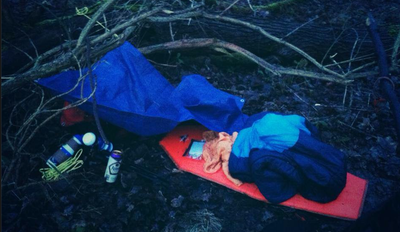 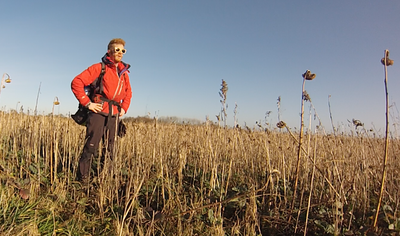 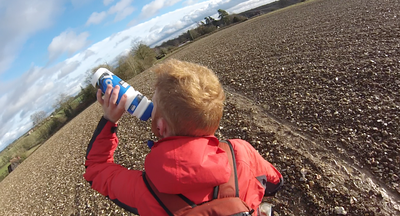 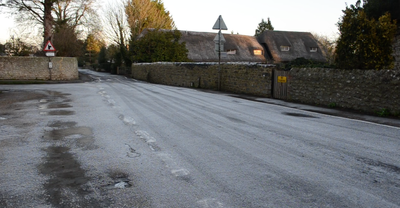 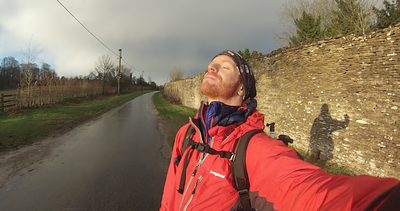 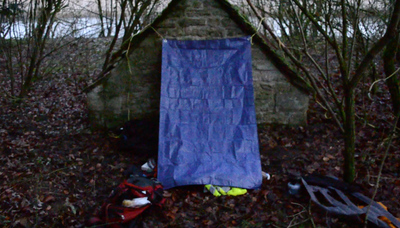 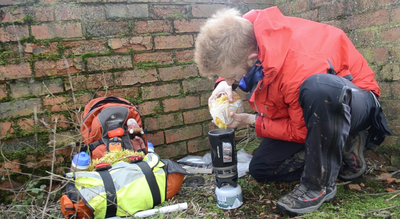 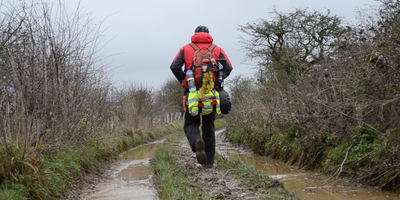 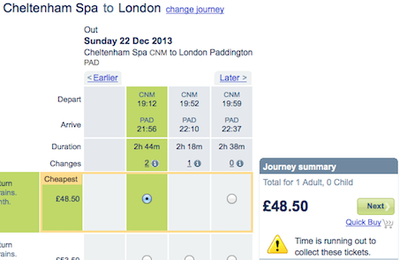