Running the London Marathon for The Scouts

Road running is not something I do. In fact I try and avoid it. Living in the lake District gifts me with trails and fells beyond my running dreams so it seems rediculous to ever consider a road race. Which is why I have never done one. However this year I decided to give it a go.

The idea of just running a marathon didn't excite me at all. I am very slow, even though I can go for months, and I always knew I would be able to finish. I needed something extra. I needed to up the anti much like I upped the anti when I climbed Kilimanjaro dressed as a penguin. So I approached The Scouts and asked them if they could build me a huge Scoutfit for my marathon. They jumped at the idea and built me a giant Scout badge. The challenge was set.

Annoyingly due to geographical technicalities (I live in Cumbria and the Scoutfit was in London) I only picked up the giant badge on the day before the marathon. I walked through Hype Park with it over my shoulder getting blown away like Mary Poppins. I knew then, even before I had worn it properly, that this was going to be awkward to run in. And I was right.

Come marathon day my wife took great pleasure in following me on the tube to the start. I tried to jog a bit and found the outfit bounced right off my shoulders. I needed to tighten the straps better so I got some cable ties and pulled various straps tighter and tied them up. It may have stopped the badge from boucing off my shoulders but it still bounced up and down, so much in fact I was worried one the the shoulder straps would tear away from the frame. There was only one thing I could do. I needed to hold/carry the badge. So thats what I did.

The London crowds were amazing and I soon became 'Go Scout Man'. I loved it. The missery and pain I was suffering directly wiped away from the enjoyment others were getting by watching me hobble and bounce past.

The banter aside there were some practical issues in running in such a wide suit. It was almost impossible to overtake anyone. Unlike the rhino suits who can barge their way through anyone because most other runners (including me) think 'Damn, that's tough, I'll happily let you barge past', along with the fact you always know when a rhino is hot on your tail because the entire crowd starts to shout 'Go rhino Chris, or Jon, or Emma.' When that happens you move out the way because you know what's coming. 'Go Scout Man' doesn't make the runners ahead think anything else than perhaps a chap with a necker is running behind them. This however didnt bother me. I quite liked plodding along taking in the atmosphere, and truthfully I kind of liked the excuse to run slower anyway. My knees and legs needed it. After having spent the last two year cycling, running was quite a struggle for me.

The miles rolled on by and 'Go Scout Man' kept plodding along taking in more sugar from the side line than I've eaten in the past year. My shoulders hurt too. Holding onto the side of the badge like you would pick up a pane of glass made my hands, shoulders and neck sieze up. My legs hurt too from carrying the extra weight but I vowed not to walk. It had to be a run, not a walk. In fact practically I had to run because I needed to get the 4.30pm train back home.

By mile 21 I was really starting to feel it in my legs, my quads mainly. I also missed seeing my wife at mile 21 because of the crowds which meant I didnt get a low sugar energy bar and a banana which she had for me. The idea of suffering the last hour with only sweets, lucozade and water made my legs almost give up there and then. The badge seemed to instantaneously gain about 10kg's in weight. It was a tough hour made even remotely bareable by the wonderful crowds and before I knew it I saw the best sign of the run - 800m to go. There were a lot of people sprinting to get a PB in the last mile but I didnt. This was my PB. This was my first marathon. I wanted to savour the last few moments, and also I was knackered.

Eventually after one of the most painful 4 hours and 35 minutes I crossed the finish line sore and stiff. Scout Man had done it. I'd officially completed my first ever marathon race. Will I do it again. Absolutely! 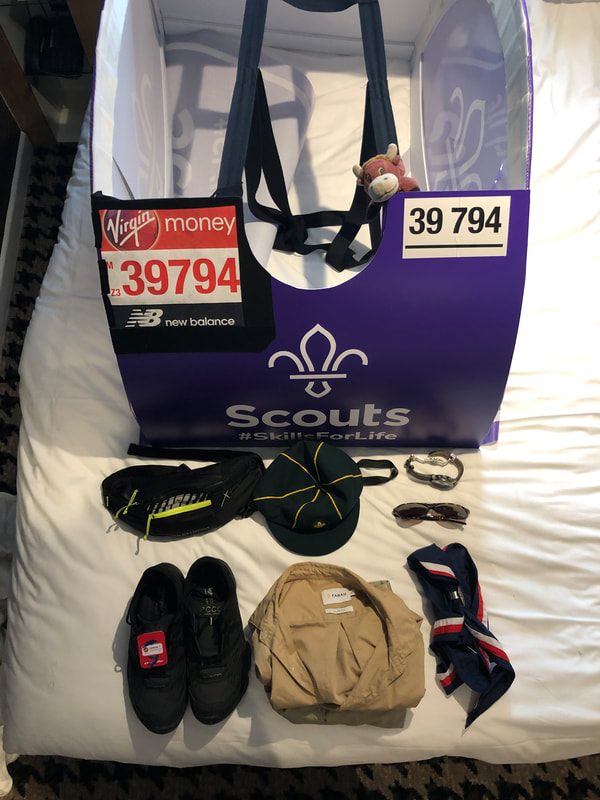 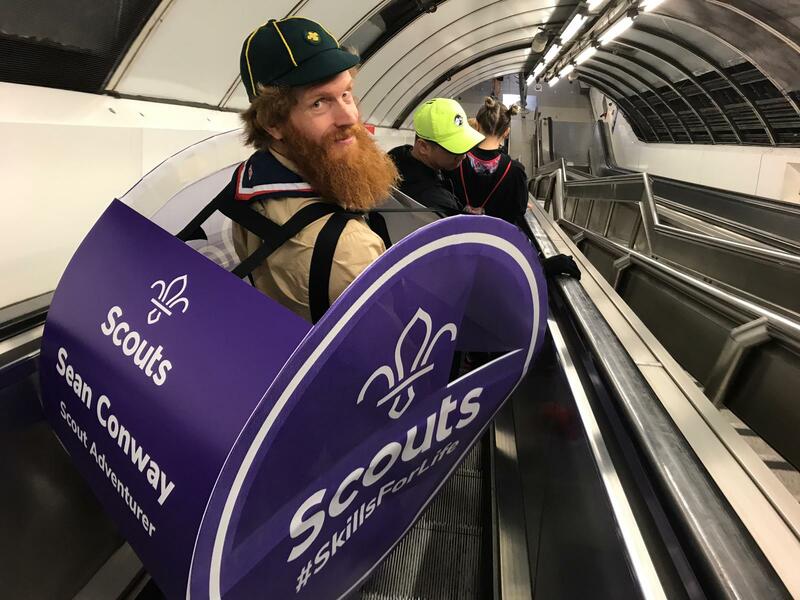 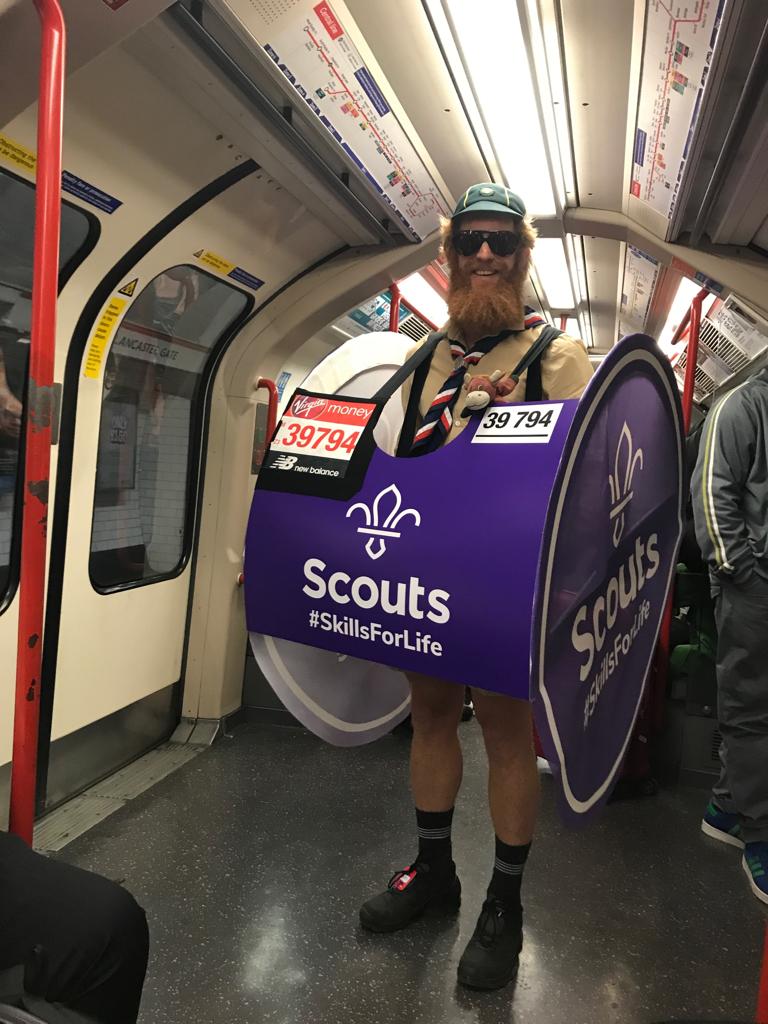 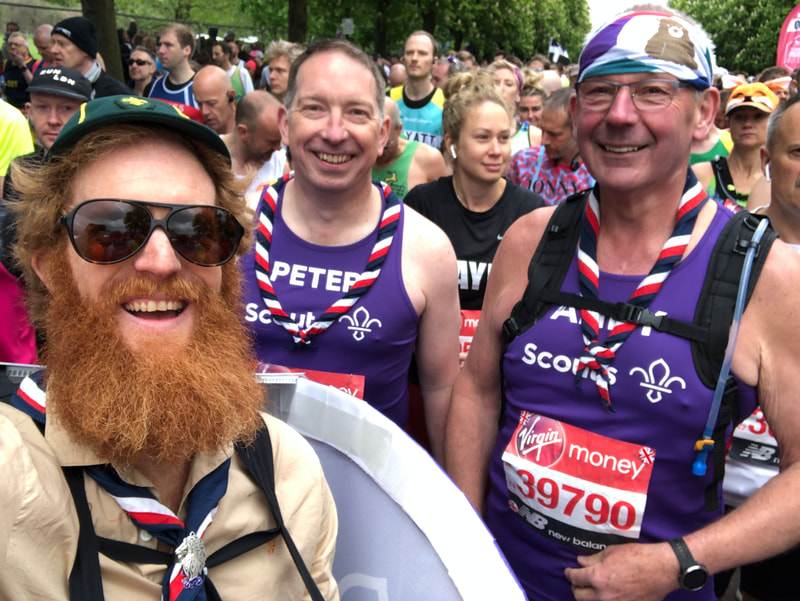 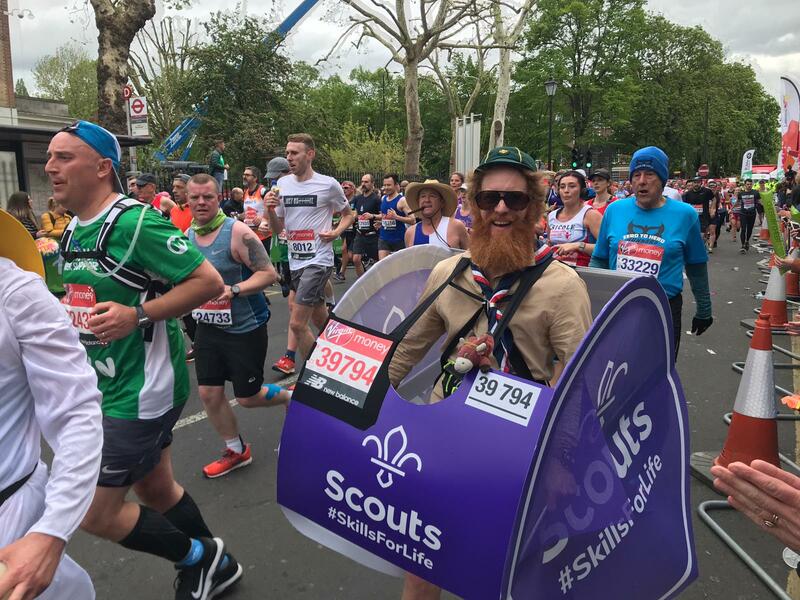 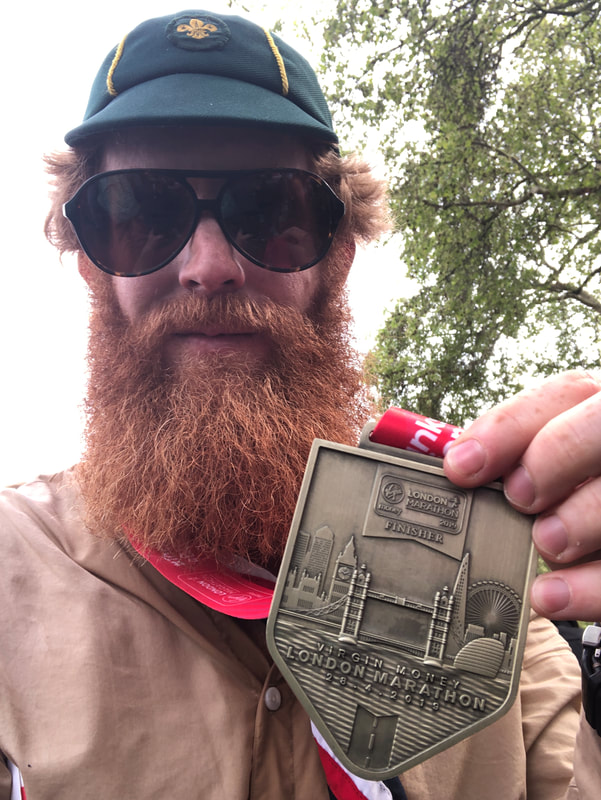